Friends of SS Nenana is a state non-profit dedicated to the renovation and preservation of the sternwheeler SS Nenana located in Pioneer Park in Fairbanks, Alaska. The wooden-hulled, western Rivers-style steam sternwheel passenger riverboat Nenana is one of only three steam-powered passenger sternwheelers of any kind left in the U.S., and the only large wooden sternwheeler. 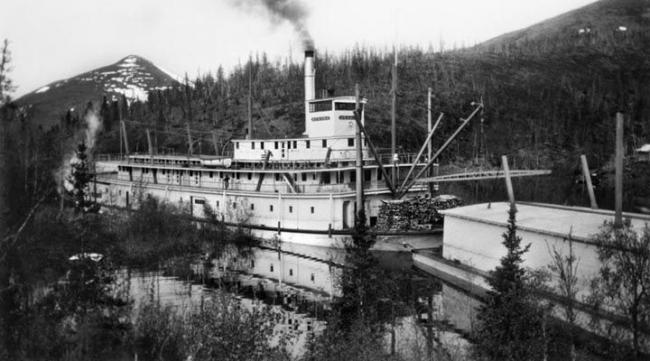 Years of neglect and deferred maintenance have brought the SS Nenana – a beautiful piece of Alaskan history – to deplorable conditions. In April 2018, the Fairbanks Northstar Borough blocked all entrances to the sternwheeler and closed off this beloved historic landmark to the public due to lack of staffing and safety concerns.

Dedicated community members have since organized into the non-profit Friends of SS Nenana. Thanks to early efforts, the SS Nenana has recently been added to the Alaska Association for Historic Preservation’s Ten Most Endangered Historic Properties.

Without substantial fundraising, advocacy, and a close partnership agreement with the borough, we will lose the SS Nenana and a historic sternwheeler that is the last of its kind. Our mission is to enable renovation and preservation of the SS Nenana so that it may be enjoyed for countless generations to come.

The sternwheeler Nenana was commissioned by the Alaska Railroad for service on the Yukon and Nenana Rivers. Designed by William C. Nickum a Seattle Washington Architect.  The parts were made in Seattle and then shipped to Nenana, Alaska where she was constructed. Built in 1932 and launched in 1933, the Nenana provided needed access to and across the interior of the Alaska territory. 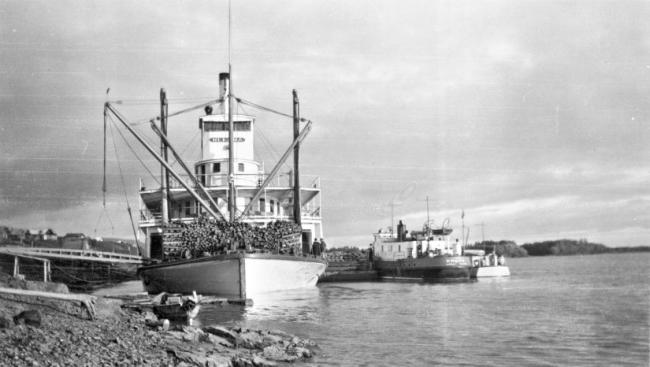 She ran the Tanana and Yukon Rivers from 1933 to 1954; her primary run was between Nenana and Marshall 858 miles. She ran from May through September. In the early fall or poor weather when it was dark, a huge searchlight mounted on the steamship made forward progress possible. The Riverboat Nenana initially burned wood—roughly a cord of wood an hour. There was storage for 230 cords of wood on board. In 1948, she switched to burning oil. The boat’s engines had the most advanced design of the time -twin, tandem 330-horsepower horizontal condensing engines. The engine could recycle approximately 85% of its steam into water and the design allowed the boat to operate very quietly with a barge.

The Nenana was finally pushed out of the freight and passenger business in 1955 by faster, more economical methods of transportation. The Greater Fairbanks Opportunity bought the Sternwheeler for $40,000 and brought her to Fairbanks in 1957, they parked her on the Chena River for three years, and it was used as a restaurant and boatel. She was finally closed down because the owners did not make enough money. The Nenana then sat unused in the Chena River from 1960 to 1965.

In 1965 a channel was cut from the Chena river into the park and the sternwheeler was floated into the newly-formed Alaskaland Park, now known as Pioneer Park. The ship still had a kitchen and bar on board when it was brought ashore.  The walls were covered with paneling to make it look modern. Electricity, fire sprinklers, steam heat, and bathrooms were also added to the Nenana. The restaurant and bar ruined a lot of the Nenana’s interior. The Nenana had not been built for winter use. Heating the boat in the winter caused condensation which then rotted the wood. 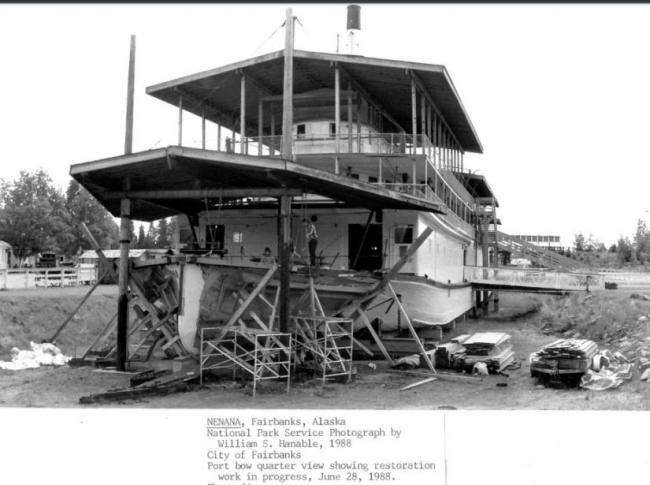 On July 12, 1992, there was a dedication ceremony for the S.S Nenana at Alaskaland. It took both public and private funds and thousands of hours of dedicated volunteer work before the six-year, $1.8 million projects were completed in 1992.

We now are back to having to stabilize and restore this one of a kind piece of history. We will make sure that she will be able to support her upkeep and be maintained for many generations to come.

Your contribution to the Friends of SS Nenana fund at the North Star Community Foundation will enable us to complete our mission. 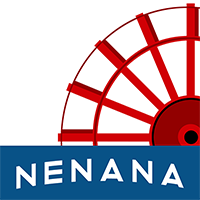